Cinder Staffing is proud to announce their sponsorship of Techfest NW 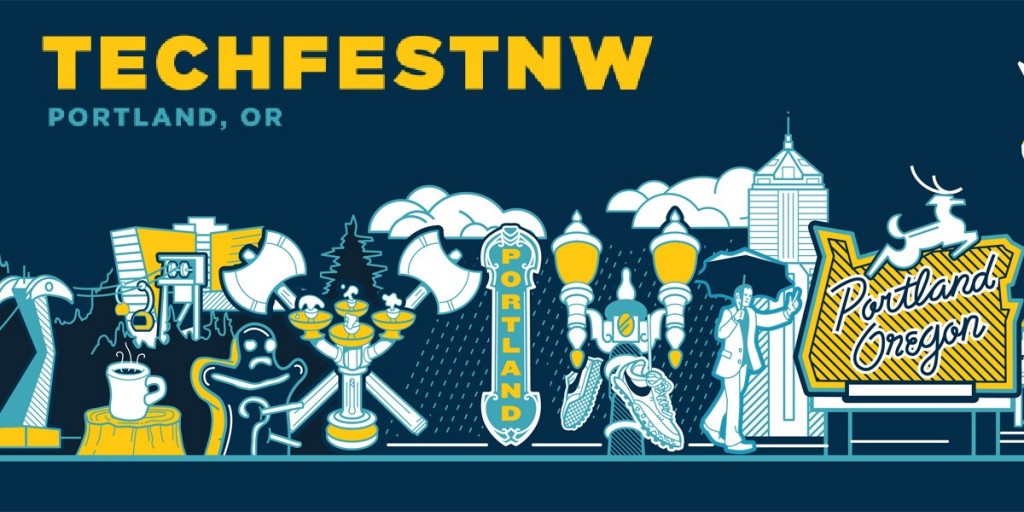 Not to be outdone by Austin, Texas’ South by Southwest; Portland promoters added an additional “Tech” event to the lineup in 2012, known as TechfestNW. This two day event showcases various Portland startups, as well as mobile, social, and open-source creators & innovators. In addition to various speakers TechfestNW also features an exhibition fair showcasing the best companies, the brightest candidates and the coolest products the region has to offer. TechfestNW is August 20th-21st Tickets available here.

Speakers and Exhibitors include:

Cinder Staffing is a solutions based staffing company located in Portland, Oregon. They are dedicated to helping clients exceed their goals with an approach that sets them apart from traditional staffing agencies. By assembling a pool of highly specialized and incredibly talented people they can provide employment options that are specially tailored to meet client staffing needs and in doing so are able to provide clients with top notch, high quality personnel.

Cinder Staffing is a Portland, OR-based staffing agency with an approach that sets us apart from traditional agencies. Our people are not temps. We offer employment, full benefits, paid training and more to ensure our candidate pool is comprised of the absolute best talent available.
Our company provides solutions nationwide for temporary, contract-to-hire, project team and permanent hire positions in industries including Technology (IT), Legal, Healthcare, Finance, Accounting, Operational Support and others. We’ll recruit the perfect fit for your opportunity. Contact Cinder today and join the staffing revolution.

Ryan Grepper is part visionary, part mad scientist, and a passionate entrepreneur who founded Coolest Cooler, a Portland-based brand whose first product, a multi-function cooler, was the #1 funded Kickstarter campaign of 2014. The Coolest’ party-enabling, problem-solving design captured the imagination of more than 62,000 backers who contributed $13.2M in record time–a crowd funded success that presented new challenges as well as opportunities for the business. The Coolest cooler starts shipping to customers in July 2015, just ten months after the Kickstarter campaign closed.

Steve Brown, formerly Intel Chief Evangelist and Futurist, articulates a clear vision of the future of computing and understanding how technology will shape the future of major industries.

Brown joined Intel in 1985 and holds Bachelors and Masters Degrees in Microelectronic Systems Engineering from Manchester University, England. He has held a variety of roles spanning engineering, business and manufacturing to sales, marketing and communications. Brown is passionate about technology and what it can do for people. He was born in Britain, became a U.S. citizen in 2008 and lives in downtown Portland, Oregon. Brown recently left Intel and is now the founder of Possibility and Purpose LLC.

Simple is a local Portland startup dedicated to helping you budget your funds more effectively through the use of proper planning and an easy to use app interface. Simple works in a way that is different from how many other budgeting apps and banks. Simple helps you plan and budget out the important things in life and then will show you what is “Safe to Spend” rather than your total account balance. This new approach allows people to more effectively balance their spending habits rather than dealing with the frustration of spending in a rollercoaster like fashion. By tricking ourselves – to a certain degree – it allows us to save and budget without having to think about it constantly. This reduction in stress also helps contribute to a happier person who in turns feels a greater degree of control over both their regular and financial lives.

Technology Association of Oregon is a networking group dedicated to the expansion of the technology, business and entrepreneurial industries within the Portland Metro Area. TAO helps to raise the visibility of the region’s tech and tech-enabled companies in Oregon and other markets through events, marketing, reports and PR. TAO believes that innovation is the key to unlocking an entire community’s potential. Through the TAO Foundation, they are committed to helping build a world-class, multi-generational learning ecosystem that prepares all Oregonians to excel in an inclusive, innovation-based economy. By aligning private, public and foundation resources to empower students with the conceptual and technical skills that unleash their creative genius and hunger for learning and inspire them to become the talent needed to create new value within the industry.

If you haven’t already purchased your ticket to Portland’s premier summer music festival MusicfestNW you are in luck! Tickets are still available but we don’t know for how long. So stop looking at this screen thinking to yourself, “Should I stay or should I go now.” Get up and go and buy your tickets for goodness sake! For those of you who have absolutely no idea what I’m talking about here’s a rundown on this Portland cultural cornerstone.

MusicfestNW was founded by Mark Zusman and Richard Meeker in 1995 as a joint venture with the Willamette Week. Originally known as North by Northwest until 2001, it quickly became the third largest indoor music festival in the U.S. Featuring over 150 bands across 18 of Portland’s most popular music venues. In 2014 promoters announced a radical shift to the festival. Rather than holding the fest at multiple venues across the city it would now be transformed into a three-day outdoor festival at the Tom McCall Waterfront Park. This year the festival features 23 bands. Headliners include Foster the People, Modest Mouse, Belle and Sebastian and local favorite The Helio Sequence. The festival takes place August 21st-23rd at Tom McCall Waterfront Park. Tickets available here.

Formed in 1993 in Issaquah, Washington, Modest Mouse over the last decade has become one of Indie Rocks most notorious bands. Finding the ability to do what few bands have been able to, walk the narrow path where massive popularity is possible without sacrificing their longtime fans.

Foster the People bursting onto the music scene with 2011’s Pumped Up Kicks which was declared “the year’s anthem” by SPIN Magazine. Foster the People have garnered three Grammy nominations and are currently in the midst of a world tour in support of their new album Supermodel.

The best thing to come out of local suburb Beaverton, Oregon, The Helio Sequence consists of Brandon Summers on vocals and guitars and Benjamin Weikel on drums and keyboards. Signed to Sub Pop records in 1999 and quickly became the darlings of the Portland indie scene. Now celebrating the release of their 6th self-titled album “The Helio Sequence” they are doing a limited run of shows along the west coast with the final show ending here in Portland for MusicfestNW.

How to Ask for Recommendations
Asking for recommendations can be intimidating. We’ve all been there! In my experience though, most people will be happy to support you. I actually love it when someone asks me to recommend them... Read More
Cinder 2021 Impact Report
When you finish the year, it’s important to slow down and remember how far you’ve come. You’ve worked, grown, and impacted people’s lives for 12 months! At Cinder we find that taking time to reflect on... Read More
How to Evaluate Your Hiring Practices to Foster Inclusivity
If you are like most employers, struggling to hire folks from Black, Latinx, and other marginalized communities, you can’t keep doing the same thing and expect different results. Amongst the “great... Read More

Want even more from Cinder?
Check out our upcoming events!