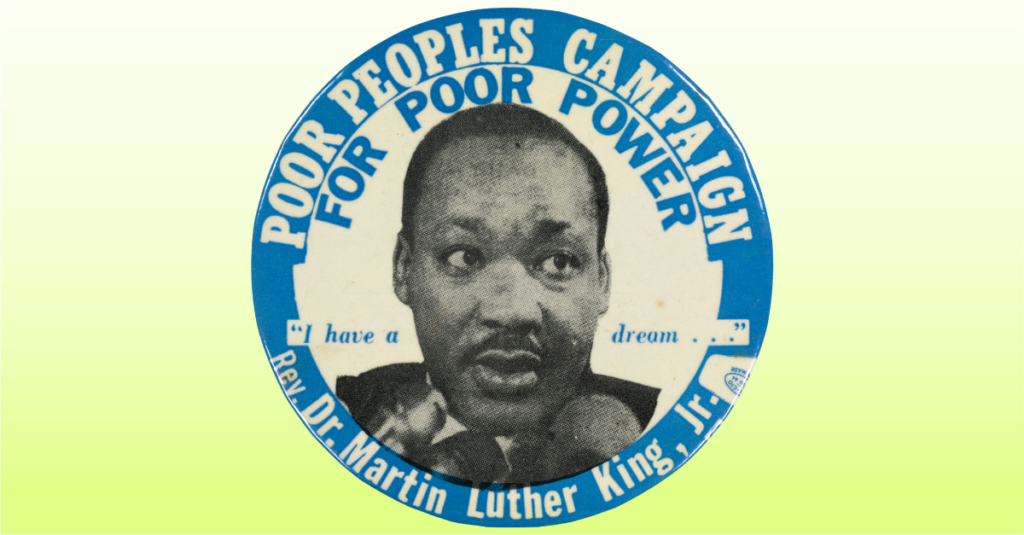 As we recognize Martin Luther King Jr. Day (marking his January 15th birthday), it is crucial that we use the opportunity to interrogate how we are continuing to learn from his message and his work. In what ways are we impacting the world and each other differently than we did last year at this time? How are we fighting for our less advantaged friends and neighbors?

Most of what we learn about Dr. King is in the lead-up to the March on Washington in 1963 and his “I Have a Dream” speech. However, we learn little about the COINTELPRO campaign that hounded him the rest of his life. Many people are unaware that he won the Nobel Peace Prize in 1964. After winning this award, he expanded his critical lens to speak out against the Vietnam War, poverty and capitalism.

Leading up to his death, Dr. King was working on the Poor People’s Campaign, an intentionally cross-racial effort to address economic injustice. After Dr. King was shot and killed in Memphis on April 4, 1968, the work continued without him. Among other actions, after presenting a list of demands to Congress, this campaign set up a 3,000-person protest camp on the Washington Mall for 6 weeks in the spring of 1968. Under the “economic bill of rights,” the Poor People’s Campaign asked for the federal government to prioritize helping the poor with a $30 billion anti-poverty package that included a commitment to full employment, a guaranteed annual income measure and more low-income housing. The Poor People’s Campaign was part of the second phase of the civil rights movement. King said, “We believe the highest patriotism demands the ending of the war and the opening of a bloodless war to final victory over racism and poverty.” Many people are also unaware of the four books Dr. King wrote. He laid out much of his thoughts on economic justice in his final book, “Where Do We Go From Here: Chaos or Community?”.

His understanding of the linking of government, economy and poverty was unique in its time, and it is interesting to note that he was murdered a whole five years after the “I Have a Dream” speech as he was preparing to lead a cross-racial march of poor people to D.C. At a time when his celebrity could have offered him any number of options for how to impact society, his response was to expand his work to include poor people of all races.

So as we honor Dr. King, join us in taking some time to identify new ways each of us can reach out to people we haven’t reached out to yet. Clearly, this is what Dr. King was constantly doing.

Photo by The New York Public Library on Unsplash