The Future of Technology Jobs in Portland

Tech jobs are hot these days, and although Portland isn’t the nations biggest technology hub, with companies like Ebay and Airbnb expanding their offices in the city, there is certainly a rise in demand for tech staffing in Portland.

It’s estimated that there will be an 18% growth in tech employment nationwide by 2022, meaning over 685,000 new jobs in technology. With Portland tech jobs being salaried at higher than the national average, we’re likely to see a continuing growth of talent, companies, and positions opening in the area. 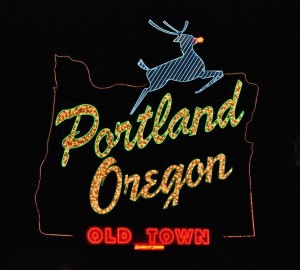 According to state workforce analysts, tech employment in Portland has reached a 12-year high, and just in software and tech manufacturing alone, Portland and the surrounding area employs over 55,000 people who make over $100k annually.

As general tech jobs in Portland continue to grow, there are a few positions that stand out in the future of our city’s technology sector. Among others, Portland tech staffing companies will be on the lookout for these careers in the future.

The value of the health IT sector is expected to reach upwards of 56.7 billion annually, nationwide. With healthcare companies being among Oregon’s top employers, this means a huge increase in tech jobs within the healthcare industry. The SEOD estimates computer systems analysts will be the state’s most sought out jobs within the healthcare IT fields. These positions specialize in analyzing, designing, and utilizing computer information systems. They may be in charge of solving various business problems using information technology, or they can identify organizational improvements needed, design computer systems to create those changes and then train other staff members to use the systems. As this industry in Oregon continues to grow, these jobs, among other tech positions will be in high demand. The healthcare industry will surely see a spike in tech staffing in Portland in the future.

The software side of the technology sector is arguably the fastest growing, highest paid industry in the Portland-metropolitan area. That means if you have any software developing skills for anything from entertainment or productivity software, to computer and phone apps, Portland has a lot of potential for employment. The city has been named on of the best places for developers of both apps and other software. 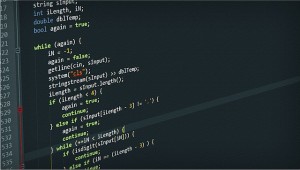 As Portland’s tech scene continues to grow, there will be more need for in-house security. These days, cyber-attacks are more of a threat than ever. We’re likely to see a rise in Information security analyst positions in the area. These jobs are charged with being ahead of the cyber attackers and keeping company data and systems protected. Risk assessment and strategic defense planning is an important part of this job to prevent company data from being infiltrated.

Other positions worth mentioning that will likely see growth in the Portland area are web developers, IT project managers, and database administrators. If you’re in the job market and looking for a Portland tech staffing company to help you get going, contact us today. We would love to help you get your Portland tech career started today.

How to Ask for Recommendations
Asking for recommendations can be intimidating. We’ve all been there! In my experience though, most people will be happy to support you. I actually love it when someone asks me to recommend them... Read More
Where to Start Your Career Change
What do you want to be when you grow up? How many of us have been asked this and had a certain answer? Personally, I’ve never had my sights set on a particular career. Sometimes I even joke that I’m still... Read More
Top Organizations for Job Seekers in Portland
When you’re hunting for a new job, familiarizing yourself with local organizations is one of the best ways to give yourself an edge with unique opportunities for employment, networking, and skill-building.... Read More

Want even more from Cinder?
Check out our upcoming events!