The global market for mobile applications keeps growing and growing, creating a huge and steadily increasing demand for new app developers. Portland, OR, has become a hotspot for these developers. With its growing number of tech startups, large tech company outposts, and expanding app development community, Portland has even earned a nickname: “The Silicon Forest.”
“Portland has emerged as one of the fastest growing tech communities in the country with a wealth of software programming and app development job opportunities,” says Kristin Smith, CEO of Code Fellows, a Seattle-based digital trade school. Let’s examine the factors that make Portland an ideal location to develop apps.
Blossoming Tech Sector:
The percentage of people employed by Oregon’s tech sector is the highest it’s been in 14 years, and those employees are making almost the double what the average Oregonian makes. Forbes named Oregon the fourth fastest growing state for tech jobs with an annual growth rate of 3.57%. In the last three years, the amount of students graduating from Oregon universities with a degree in Computer Science has risen over 50%.
For more than a decade, tech employer giants like Google, Yahoo, Xerox, and now Amazon have been establishing outposts in Oregon to capitalize on the cheap rent and production costs. Now tech employees are following suit. Tech jobs in Silicon Forest may not pay as well as the Valley, but the average rent and cost of living is roughly 1/3 less.
This has led to a large increase in Portland tech employees and a large decrease in available housing. In 2014, Portland was second only to New York in lowest available vacancy at less than 3%. After accounting for about 14% a few years ago, tech employees now fill about 30% of all Portland commercial leases. 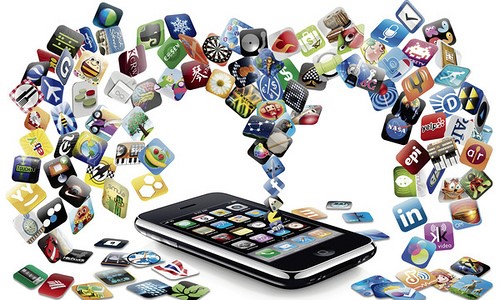 Startup and App Friendly Culture:
Oregon has yet to produce a nationally-recognized flagship software company. Promising local companies tend to quickly be bought up by Silicon Valley’s tech giants as a form of talent acquisition like Amazon’s recent acquisition of Portland-based Elemental. So while Portland may be a tough market to construct a software empire, it’s proven to be fertile soil for niche-oriented startups to grow. “Oregon’s Silicon Forest not only hosts a number of the country’s largest tech employers – like Intel and HP – but a number of other small app and software development shops that are hungry for top programming talent,” Smith says.
Mobile app development is perfect for this startup heavy region because app development offers a cheap, egalitarian method to fill a niche market. You can reach millions of people through the App Store or Google Play without having to directly compete with already established tech giants. One of Portland’s biggest and best-known software companies, Urban Airship, began in 2009 with four people developing “push notifications” for smart phone apps. Since then, it has received over 67 million dollars in funding.
The city of Portland has also recently made fundraising and developing these tech startups a large priority. In 2013, the Portland Development Commission launched the Startup PDX Challenge which provided five different companies with a year of free office space, donated furniture, 10,000 dollars, and free legal and accounting services. Two out of the five winning companies worked with mobile apps.
Mobile apps are becoming more and more a part of everyone’s daily life, and as the demand continues to rapidly increase worldwide, Portland is quickly becoming an ideal location for the ambitious app developer to thrive.